I read today on FaceBook that a girl I went to high school with had died suddenly on Monday, she was just 48. I didn’t know her, then or now, but the news of her death brought distress just the same. I am 48.
Though our Class of ’86 has experienced some untimely deaths, this is the first in perhaps twenty years. Apparently she was at her fitness club in the middle of a workout and collapsed, efforts were made to revive her, but to no avail.

Many disturbing thoughts trail the news of this incident along with the shock of transient mortality and empathy for her family. In the stream of comments under the news, a schoolmate posts a recent picture of her and I am surprised how little she’s changed in 30 years. The outpouring of oh, I loved her! and little memories soon spatter the comment thread.  For me a couple of things stand out as I read the lengthy post, first, that she was still thin and looks perfectly healthy, and second, the absolute assurance that my death will go blissfully unnoticed by this group of people. 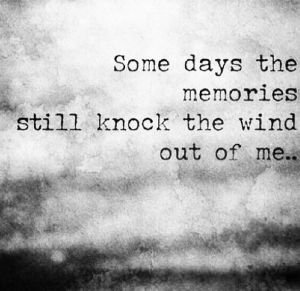 Why is my first thought that she was thin? An odd thing to remember about the recently departed. In high school she was one of the ridiculously petite. I noticed such things because I wanted to be thin with the level of desperation that only life-long fat girls will understand. That utter confusion at how it is your body cannot just be thin? Why it cannot effortlessly wear a bikini without thinking twice about it, why can’t I just control my own body? Instead you sit in the commons at lunch listening to them complain about their size 4 or 6 jeans.  Then the despair hits you as they admit how fat they are and you sit in your size 12 jeans realizing what they must think of you. Oh, you’ll run into people willing to say it behind your back as you walk past them in the halls, the snide remarks and snickers. At some point they will no longer bother hiding their disgust, the university professor who calls you into his his office and begins the conversation with you have such a pretty face, the college boys brave enough to tell you, you aren’t my type and the one or two you work up the nerve to approach who ever after pretend you’re invisible. But she was thin, a cheerleader even, if memory serves, and she’s dead at 48. And I, the fat one, well, the closest I’ve come to death is the panicked surety of an anxiety attack, only to be told by my doctor time and again that I’m healthier than he is. I can’t understand that, not rightly sure how to be thankful for it. This is the first wave of memory that crashes over me, sloppy and as garbage filled as the receding wave of a tsunami.

And what about this group of classmates, trying to memorialize a lost comrade? They are the same gang of extroverts and serious over achievers that they were in high school. The former drill team members, cheerleaders, musical theater stars, captains of football and basketball, student council members, now all having found the same rolls for themselves in various career choices.  The more things change, who are we kidding, nothing changes. In high school, I lived inside a constant dream of the future, looking beyond with all the hope and innocence that youth can bear. I did nothing of merit in school but honed the one skill I would use most often in my adult life. The unparalleled ability to suffer in silence. Perhaps not only that but also to disappear into the background of any room well enough as to be completely unremarked upon. It is true that my junior and senior years  I was better known as Jennie’s older sister than by my own name. I was no one and like many of my graduating class have been unable to completely shake off the trailing tendrils of adolescent angst. We all still traipse the halls in our minds, listening to the echoes. They still enjoy offering every thought, every action upon the altar of their own hubris. I too roam in memory, hiding in plain sight, pretending I don’t mind being unnoticed. But always comes that moment when I am pricked by the rose of my pride. Though I love my solitude and nourish it at every possible moment, I am still aware of that part of me, the piece that desires the broken heart emojis, the trite denials and quickly cobbled fund for flowers from a group of people who didn’t care then and certainly don’t now.
So in the storm of some unknown family’s tragedy, I am brought face to face with my ego, that greedy, grasping ugliness that wants everything for me and cares not the cost, nor the toll on my human decency. Amid this wash of emotion and memory, I cling to a little flame in my heart, to the small belief that though I have not yet everything I desire, there is enough for everyone. I remind myself that the adoration of people who were blind to me thirty years ago is not really what I seek, that my heart’s desire does not live in my past. I open my heart and send whatever love and peace is mine, to a girl I haven’t thought of once since I left the locker lined halls of Madison High School, with the hope that she may rest in peace.